The Basics of BlockChain Engineering Blockchain engineering can be an exciting new field, but it’s difficult to grasp the basics at first glance.

That’s why this guide will help you get started on your journey as an aspiring block chain engineer. 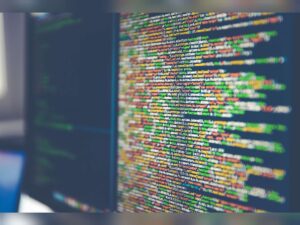 Through specific examples, it will introduce you to the main elements of the technology as well as some more advanced uses of block chain engineering you might not have considered before.

By the end of this article, you’ll be able to say that you understand block chain engineering better than most others in your field!

What is a Blockchain?

The best way to describe blockchain is to think about a database — a spreadsheet, say — duplicated thousands of times across a network of computers. 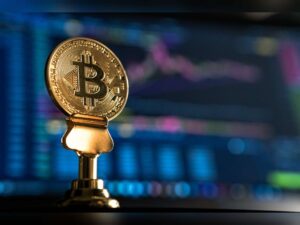 Then imagine that this network is designed to regularly update this spreadsheet and you have a basic understanding of blockchain.

The list can only be amended by following a strict protocol. For example, in order for someone to add John Doe’s name to the list, everyone on the network must agree it’s true.

Then there is agreement on who owns what value and how it can be transferred from one party to another.

Block chain is a distributed database that maintains a continuously growing list of records known as blocks.Each block contains data transactions and is linked to a previous block. The linked blocks form a chain. 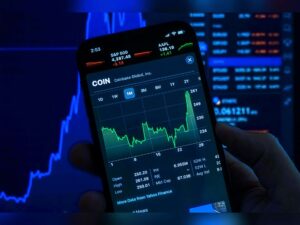 A network using common ledger which is best for verifying transactions and maintaining agreement on who owns what.

It can also used to store any type of digital information, like computer files or even votes in an election.

Blockchain technology is a decentralized system, which means that data and transactions are stored on different computers.

If a hacker wants to manipulate or tamper with any data in any record, they would have to hack all those computers simultaneously.

That is nearly impossible because hackers can’t access so many computers at once, especially not ones around the world in different countries.

It is nearly impossible for hackers to influence block chain technology and make changes or alter records.

This means it provides security against cyber attacks. Once something has been recorded in block chain technology, it is set in stone, and you can always trust it as true information.

The security and privacy that blockchains can offer are two sides of the same coin. On one hand, using a blockchain means you don’t have to worry about someone spying on your data or tampering with it.

There’s no single central entity keeping tabs on things, so if you use blockchain technology for something like health records, all information will be encrypted and (nearly) unchangeable by any person or organization not holding your keys.

as long as you remain in control of your private key, nobody will be able to access your account if they don’t have it—no matter what happens to their computer or what they try to do.

Related: Cryptocurrency vs stocks – which is more profitable and best to invest in 2021.

There are many similarities between blockchain developers and enterprise software engineers.

But there are also significant differences. This post will explore a few of those similarities and differences, so you can make an informed decision about where to focus your energy when you’re thinking about your career.

We’ll discuss what both groups do, how they work together, and why companies need both kinds of people. Then we’ll dive into some pros and cons for each role, as well as tips for getting started in either field. Let’s get started!

Who can learn blockchain development?

Anyone. You don’t need to be a computer engineer or have any background in cryptography to start learning blockchain development.

There are a lot of resources available, and it’s just as easy to do as any other programming language.

Blockchain programming is also still new enough that you can use new coding languages and not worry about others who may already know them (such as Java or JavaScript).

The field will likely mature over time, but for now, it’s wide open for anyone who wants to get involved.

What are the best  required resources to learn blockchain?

Blockchains and Cryptocurrencies for Dummies, a 10-part video series, is a good place to start. This course will teach you everything you need to know about blockchains, including how they work, how they’re different from traditional databases and why they matter.

You can access it online via Oracle Cloud University; if you haven’t already registered, Oracle offers a free trial so you can get started right away. Alternatively, there are also plenty of other good resources available online; MIT OpenCourseWare has published some great blockchain material that we highly recommend checking out.

These tutorials are free to access and include additional readings as well as assignments that follow along with each lecture.

How much does it cost to build a blockchain?

Once you’ve figured out what kind of blockchain you want to build and how it will work, it’s time to think about cost.

How much does it cost to build a blockchain? Even if your company has no intention of producing its own digital currency, there are still costs that go into maintaining a secure blockchain network.

Building a public blockchain (like Ethereum) will likely require an initial investment in computing power—and some maintenance fees.

However, even building a private blockchain (like Hyperledger) can have costs associated with spinning up nodes, distributing code and maintaining consensus across disparate systems.

What prerequisites do I need to study blockchain engineering

Since blockchain has taken hold in almost every sector of business, there are so many relevant courses that students can take to study blockchain engineering. 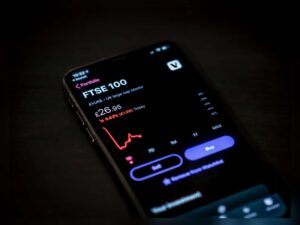 There are courses on cryptocurrency and cryptography, information security, software development and network management.

The future really is here! With blockchain engineers having such a wide range of tools available to them, it’s easy to see why more colleges are starting to include these topics as part of their core curriculum.

It’s important that they do because blockchain technology is set to revolutionize our world in a way we have never seen before.

Students who want to be in on it from the start would be wise to get a solid grounding in all things blockchain as soon as possible.

You’ve likely heard a lot about block chain engineering. If you’re looking to learn more about what it is and where it might be used, read on for a primer.

We’ll start with some brief definitions before exploring some potential uses. Finally, we’ll look at how companies like IBM and Microsoft are using block chain technology.

For related reading check it out: What Is Blockchain Technology?

How plagiarism can hurt Your eCommerce Startup

Is a Real Estate Investment Trust a Good Career Path?

Get the latest creative news from FooBar about art, design and business.

Affiliate marketing agency -Top 10 Affiliate Marketing Agencies. hi there, are you looking for the…

How is AfFiliate marketing different from network marketing?

How plagiarism can hurt Your eCommerce Startup